Skip to the content
Home > Insurance Blog > Stories of Triumph: A Celebration of Life

Stories of Triumph: A Celebration of Life

Often times, we get caught up in the mundane and stressful elements of life without realizing that life itself is a wonderful and miraculous thing. Here are some inspiring stories to remind you to celebrate life! 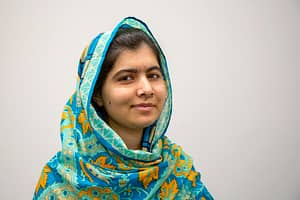 By now, most of us are likely aware of the incredible story of Malala Yousafzi. She is an activist for female education around the world. She began her activism in her native home of Swat Valley in Northwest Pakistan. While she was growing up, she and many other women and girls were banned from attending school by the local Taliban. On October 9th, 2012, she went to school with the thought of it being a normal day. She took an exam and was on her way home when Taliban gunmen boarded the bus and shot Yousafzai and two other girls in an assassination attempt for their activism. Malala was in critical condition but later stabilized enough to be transferred to an international hospital for treatment.

While hospitalized, there was an overwhelming abundance of support for Malala. She made a miraculous recovery and instead of placating her attackers, she continued on to advocate for the right to education. Her advocacy and work with her non-profit organization, the Malala Fund, helped contribute to her becoming the youngest Nobel Prize laureate which she received in 2014. Since that time, she has continued her advocacy for women’s education and is currently attending Oxford University pursing a degree in philosophy, politics and economics.

[You can find out more about Malala, her story, and her cause here]

There are a lot of stories of tragedy and triumph in sports. A lot of players have overcome severe injury, extreme poverty, and even oppressive regimes to be able to do what they love. One example of this, is the Stastny Brothers. Anton, Marian, and Peter Stastny are perhaps the most well-known trio of brothers to play for the National Hockey League. However, their journey there was anything but smooth skating. While becoming stars in the Czechoslovak First Ice Hockey League, outside of the rink, the br 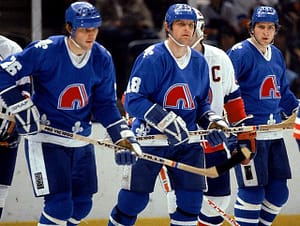 others were very outspoken against the oppression of the communist rule at the time. Peter, however, was the most outspoken and was quickly faced with a choice forced on him by the government: give up your voice or give up your dream. He chose neither.

In order to escape, Peter and Anton crafted a plan. During the World Championship tournament in Austria, Peter made a call to the Quebec Nordiques illustrating his and his brother’s desire to leave. Representatives from the team quickly flew to Austria to meet the brothers and from there, a plan was devised. After the tournament’s conclusion, the brothers and Peter’s wife Darina (who was pregnant at the time) would bypass the team bus, get into a car, and drive nearly 300 miles to Vienna. Once they arrived, officials from the Canadian Embassy helped them through the city which produced a movie-like car chase. The brothers however, arrived at the airport, and quickly boarded an airplane, heading for Canada.

This left their brother Marian, his family, and their mother and father to deal with the backlash. The family was under constant surveillance, Marian was no longer allowed to be involved in hockey in any capacity. He was banned from working anywhere in the country and their family was persecuted severely. However, the Nordiques stayed persistent in bringing Marian to Canada. Marian and his family would take a series of short vacations in surrounding countries. They slowly made their way through Hungary and Yugoslavia ultimately arriving in Austria, following the same course of action that Peter and Anton took 2 years prior. The brothers were then united not only off the ice, but on the ice as well. Anton, Marian, and Peter dominated the NHL and led the Quebec Nordiques to several play-off runs.

After the fall of the communist-bloc in Eastern Europe, Peter and Anton returned to their home of Bratislava, Slovakia. Peter has served at the forefront of hockey development for Slovakia, while Anton owns a furniture company and Marian, who remained in Quebec City, owns and operates a hotel and golf course.

I Love Lucyis probably the most influential sitcom of all time. Lucille Ball was the classic American face of television throughout her career, but her influence goes well beyond the television screen. She dealt with severe grief at an early age as a result of her father’s passing due to typhoid. While her mother remarried, her father could never truly be replaced. She also dealt with extreme shyness that set her behind her classmates and peers on-stage. 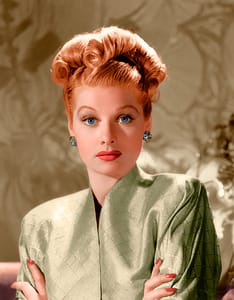 As a teenager, she found a passion and drive for acting and convinced her mother to enroll her in a drama school based out of New York City. However, due to her shyness she was looked over and criticized, being sent home with a note from her teachers that read “Lucy’s wasting her time…and ours. She’s too shy and reticent to put her best foot forward”. Despite the criticism, Lucille Ball persisted. She stayed in New York and pursued a career in modelling. She also actively pursued a career on Broadway that, again, ended with her being told she didn’t have what it takes.

She took a two-year break to focus on her health but returned to New York as a newly branded Lucille Ball. She quickly became the face of Chesterfield Cigarettes and was offered her very first role—Goldwyn Girl in Roman Scandals. Ball then landed a lead role in the radio show My Favorite Husband.CBS caught wind of her electrifying performance and offered a remake of the radio show but this time, on television. Lucille accepted but only under the condition that her husband, Desi, would be her counterpart in the show. After some convincing, CBS agreed to have Arnaz as Lucille’s co-lead.

Lucille was extremely familiar with how Hollywood influenced pop-culture and    was cognizant to portray positive female friendships on the show and broke ground by showing the first pregnancy on TV. This groundbreaking wouldn’t cease as the show grew. With more success came more risk and Lucille and Desi took a big one: creating their own network. They bought the rights to I Love Lucy and became a force to be reckoned with, producing shows such as Star Trek and The Dick Van Dyke Show. Some even credit her with making New York City the entertainment powerhouse that it is today. She passed away in 1989 but her work and influence live on and is ever-present in modern media and television.

While these stories are not the only ones of triumph and success, they are ones that can inspire you to celebrate life in a meaningful way every day. No matter the struggles a person faces, there is always the ability to overcome with enough perseverance and strength. We hope you are able to celebrate everything in life and use strife to facilitate your own growth and appreciation. 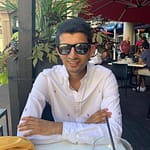